Digital Yacht have introduced a range of new boat networking products at the Miami Show.

NavLink 2 is a new NMEA 2000 to wireless gateway allowing streaming of your boats NMEA 2000 data network over wifi to mobile devices like iPads, tablets and smart phones.  This opens up boat NMEA data to the world of charting, control and instrumentation apps.

NavLink 2 creates a secure local network on board for mobile devices.  No connection to the internet is required.  Traditional navigation data such as AIS, GPS, depth, wind etc can be converted by NavLink 2 to be utilised by existing apps as well as supporting a pass through mode where all NMEA 2000 PGNs are encapsulated and sent accross the wireless link.

For older NMEA 0183 based systems Digital Yacht have introduced the WLN10 Smart NMEA to wifi gateway.  This can be easily programmed via a browser interface for 4800 or 38400 (AIS) baud networks as we'll as allowing it to join an existing wifi network if the boat already has a router on board. 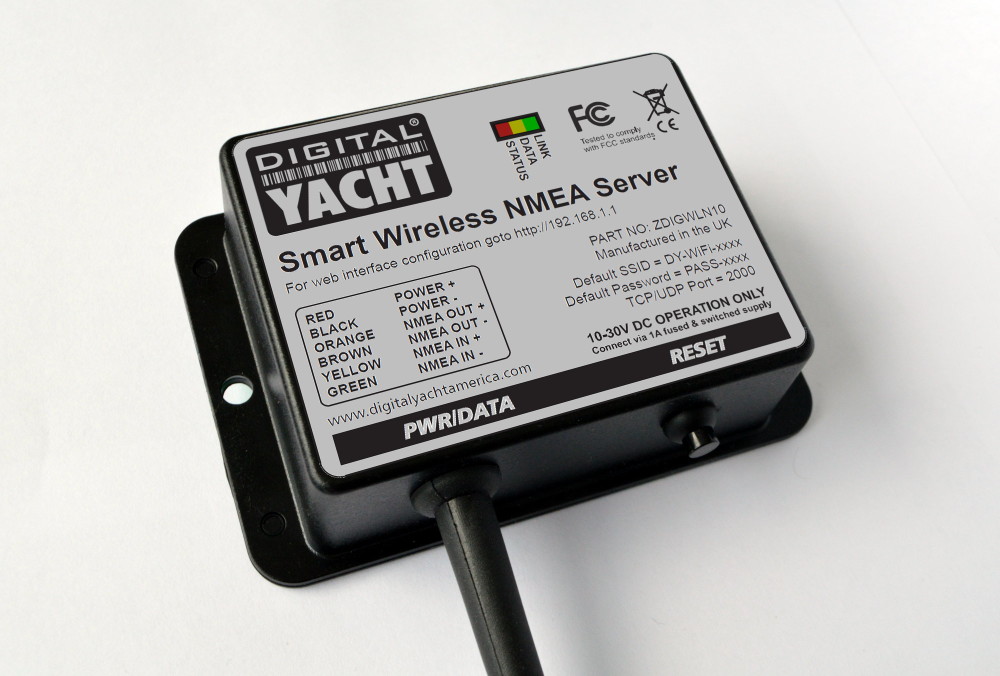 "We now have solutions for legacy Seatalk systems, NMEA 0183, NMEA 2000, Signal K and wireless allowing easy data conversion from one format to another and most importantly the ability to get navigation, engine and sensor data onto mobile devices like iPads and tablets for use with 1000s of apps" commented Nick Heyes CEO of Digital Yacht. "Whatever your system we can act as the gateway and enabler between electronic devices aboard."

DIGITAL YACHT 2019 IS ALL ABOUT NEXT GENERATION NAVIGATION, COMMUNICATION AND ENTERTAINMENT SYSTEMS FOR YOUR BOAT. BOATING SHOULD BE FUN, SAFE AND EASY AND OUR PRODUCTS INTEGRATE INTO EXISTING AND NEW BOAT NETWORKS TO BRING A POWERFUL DIMENSION TO YOUR ON-BOARD ELECTRONICS. FIND US AT THE MIAMI SHOW BOOTH C644