Do you work in the press or media?

The information on this page is intended for journalists, press and media. Click YES to get to the newsroom. If you click NO you will come back to Mynewsdesk.com.

Digital Yacht announced today the release of new firmware for their innovative iKommunicate gateway that fully integrates it with Coastal Explorer - the popular US navigation software program.

Getting NMEA data into PCs has traditionally been a headache with USB interfaces that need special drivers, issues with Windows power saving and sleep modes, setting up virtual COM port baud rates and just a general "geeky" nature to the whole experience that many users found confusing and frustrating.

With the new iKommunicate update, just plug its network cable in to a wireless router, connect the PC wirelessly (or wired) to the same router and within seconds the two devices will auto-discover each other and start sharing data.  All information on the iKommunicate's NMEA 2000 interface or any one of its three NMEA0183 interfaces, will come streaming through in Coastal Explorer protocol. 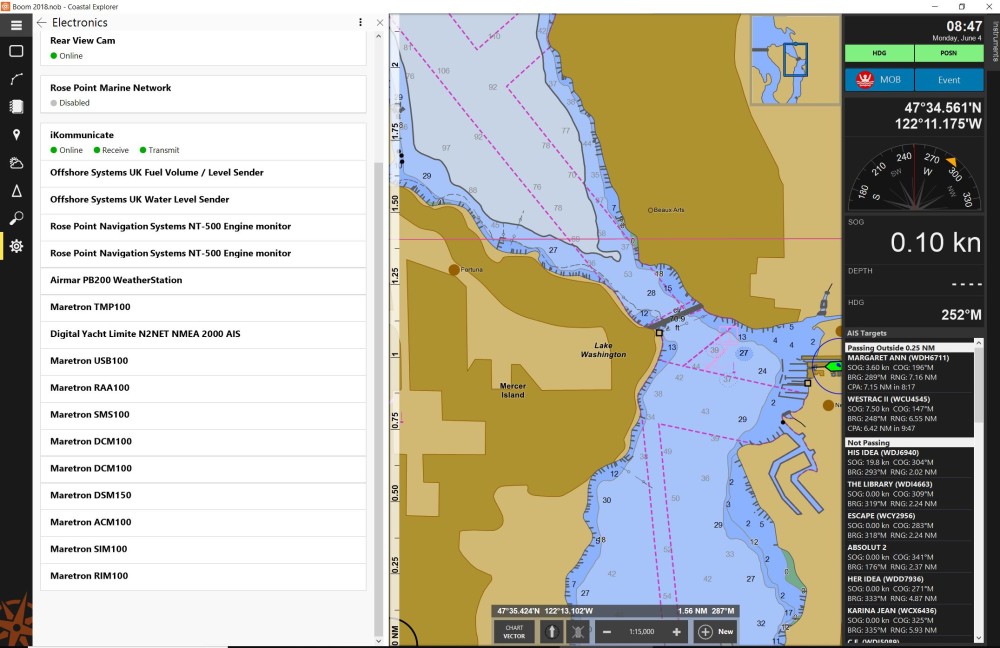 If you want to control the autopilot, just start navigating to a route in Coastal Explorer and iKommunicate will pass the NMEA2000 or NMEA0183 data through whichever interface you have physically wired to your autopilot. 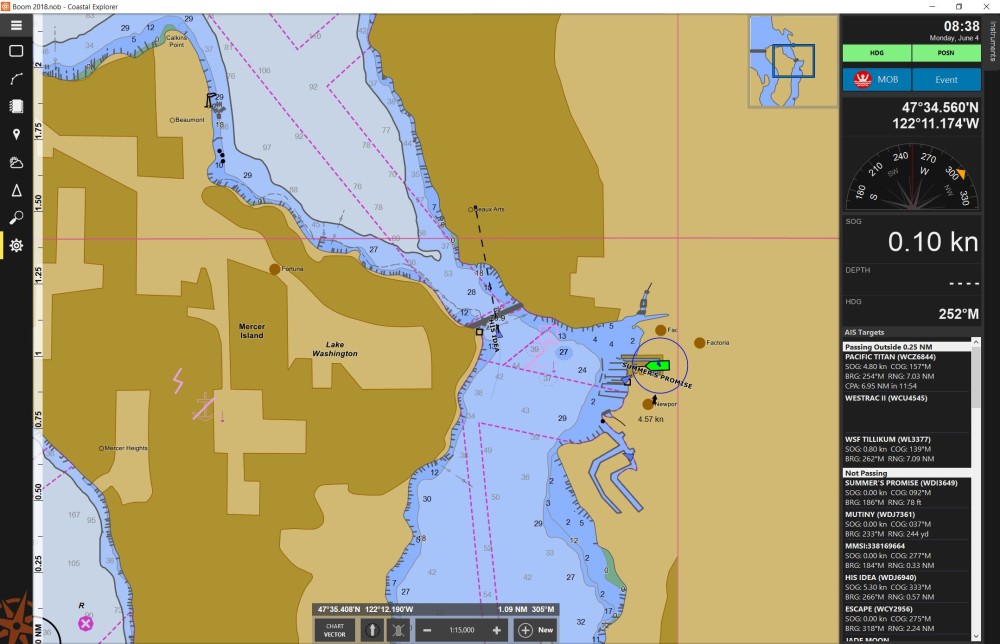 iKommunicate was originally designed to support the new Signal K open data format and wireless NMEA 0183 (TCP/UDP) connectivity but with the addition of the Coastal Explorer protocol, iKommunicate is fast becoming a universal gateway. At $299 (GBP220/EUR265),  iKommunicate is a cost effective and efficient solution to use NMEA data on more and more devices.

Coastal Explorer from Rose Point Navigation Systems (http://www.rosepoint.com/coastal-explorer/) is one of the most widely used marine navigation programs for Windows PCs, with a wide range of sophisticated functionality and support for vector and raster charts.

DIGITAL YACHT 2018 IS ALL ABOUT NEXT GENERATION NAVIGATION, COMMUNICATION AND ENTERTAINMENT SYSTEMS FOR YOUR BOAT. BOATING SHOULD BE FUN, SAFE AND EASY AND OUR PRODUCTS INTEGRATE INTO EXISTING AND NEW BOAT NETWORKS TO BRING A POWERFUL DIMENSION TO YOUR ON-BOARD ELECTRONICS.

DIGITAL YACHT 2021 IS ALL ABOUT NEXT GENERATION NAVIGATION, COMMUNICATION AND ENTERTAINMENT SYSTEMS FOR YOUR BOAT.

Digital Yacht is head quartered in Bristol UK with a manufacturing facility in Fareham, Hampshire. We have global offices in Boston (USA), Rouen (France) and Shanghai (China) to look after these important markets and a network of distributors and dealers across the globe.

We firmly believe that low cost consumer devices such as iPhones and tablets, PCs and MACs have a place on board and can help make legacy systems compete with the latest in dedicated marine electronic products at a fraction of the cost. We make internet access whilst afloat easy and affordable as well as bringing all your navigation data to your favourite consumer devices - not just for you but for crew and guests too.

Our navigation systems cover advanced GPS and compass technology as well as the most comprehensive range of AIS products in the marketplace. Plus our PC and software solutions bring simple yet powerful solutions to a variety of on board requirements from communication to navigation, entertainment to monitoring.

Our design team has 100’s years combined experience in marine electronic systems and we take pride in our quality heritage with manufacturing in the UK and global reach through our regional offices and network of dealers and distributors. Last year our products were sold in over 100 countries worldwide.