The  Digital Yacht AquaWear WLN20 is a wireless NMEA gateway designed to connect your smart phone or other mobile devices with existing on board electronics allowing wearable navigation to be a reality today!  Its also been nominated for the METS 2014 DAME design award and it will be shown at METS 2014, Stand 1:611

The WLN20 data server allows real time navigation data from GPS, instrument and AIS systems to be streamed over a wireless link.  It ships with a neat wrist case suitable for the majority of smartphones but of course, you can utilise your favourite waterproof case if preferred.

Pop your smartphone into the wrist case and start wearing your nav and charting data on your sleeve.  It’s intuitive, easy and moves with you and of course allows you to choose from 1000’s apps to suit your app!  You’re not reliant on the internal GPS of your smartphone or an internet connection as data is streamed from your boat’s systems which save battery life too.

Digital Yacht also have a range of compatible apps including NavLink and iAIS for iOS and AISView for Android.  It’s also compatible with iNavX, NMEA Remote, Imray, iRegatta, NavPlay and many other popular apps.

It connects using open NMEA 0183 standards so will work with any popular marine electronics system.  It also supports multiple devices and operating systems allowing all your crew to be connected regardless of smartphone type.  You can even incorporate an iPad or PC below decks. With two inputs, it can also connect to 4800 and 38400 baud systems concurrently. 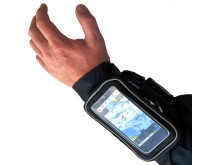 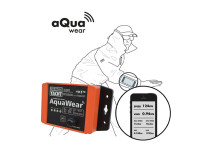 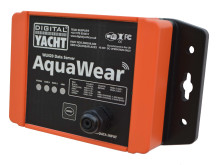 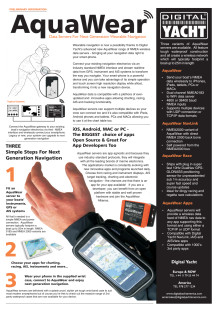 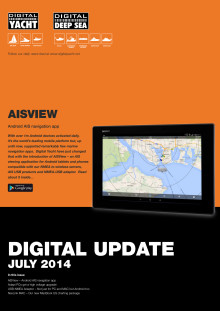