October's 2015 NMEA conference featured two presentations by the Signal K project and they were the most attended of any at the conference.

Signal K is a new open source interfacing standard and aims to be the next generation solution for marine data exchange. It is intended to be used not only for communication between instruments and sensors on board a single vessel, but also to allow for sharing of data between multiple boats, aids to navigation, bridges, and marinas. It is designed to be easily consumable by Web and Mobile applications and to connect modern boats to the Internet of Things.  You can learn more by downloading our whitepaper using the link attached with this email and you can also watch a 2 minute video explaining some of the issues and benefits below.

At Digital Yacht, we're passionate about new technologies and ideas and see a place for Signal K on-board.  But, with 40 years of NMEA system development and a huge installed base of NMEA 0183 and NMEA 2000 products, what's really needed is a gateway between the two standards and that's exactly what iKommunicate is, a NMEA 0183 and NMEA 2000 to Signal K interface.  It allows older and current generation products to join the Signal K revolution which promises to make a step change in marine interfacing.  It's under development at the moment and will hopefully be ready for Q1 2016.

But like any new technology, a catalyst is needed to seed adoption and that's why we've created an innovative Kickstarter campaign to help fund development of our iKommunicate gateway.  For us this isn't just about funding a new product but more importantly, making a step change in technology within the marine electronics sector.  It also allows us access to those early adopters of technology who can help create a whole new range of applications which will make boating more fun, affordable and safe - as well as growing interest in the sector.

As one of our partners, we'd urge you to get involved too and showcase your business as a technology leader.  The Kickstarter campaign allows for a discounted dealer/distributor purchase and we'll be making sure we support our early trade followers as iKommunicate develops commercially.  Your customers should also be aware of the campaign.

Check out the campaign HERE and thanks for backing 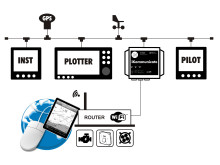 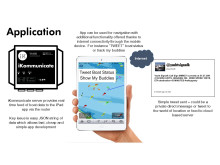 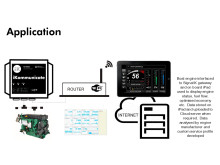 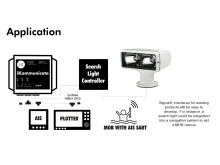 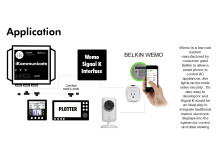 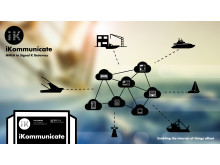